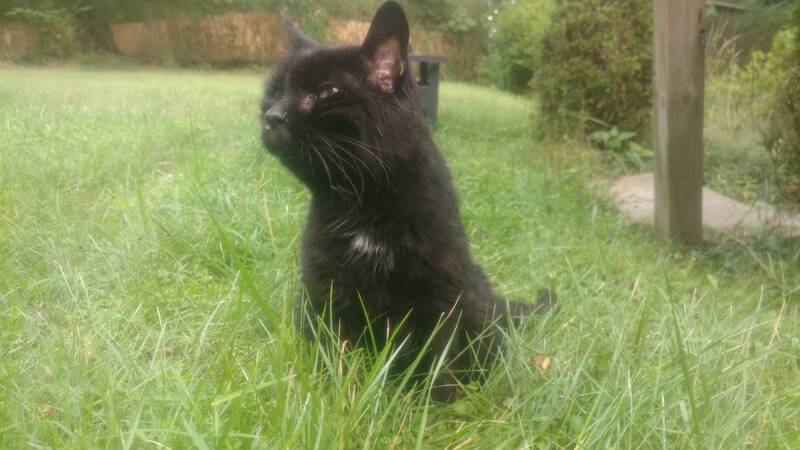 He had maybe 30 seconds of confusion, then I figured what was happening, picked him up and he settled down in my arms and started purring. Took him outside in the unseasonal warm and sat down on a rock with him on my lap and scritched his jaw and ear the way he likes and he just purred into the cup of my hand for a couple minutes, twitched a couple times, and his purr kinda faded out until I could just about feel it on the hand underneath him. It was a couple more minutes until I realised I was feeling my own heartbeat.

It was very gentle; felt like he was falling asleep, except his eyes were open. I took him inside and set him down on the floor and the other three cats gathered around in a wee Cat Wake and looked and sniffed and gave him a goodbye lick. Emily cuddled Nerv while I went out to dig his grave; I buried him next to Leo under the maple tree in a beautiful sunset.

He was an excellent cat and I'm glad I was there to ease him through.

Long may His Cattiness reign.